Stories from our history

This page is currently under construction

As well as creating a detailed history of St. Andrew’s elsewhere on this site, we will be sharing interesting stories from the people and the church throughout our history.

Thank you for your patience as we begin to construct this page.

If you have any interesting stories relating to St. Andrew’s history that you would like to share with us, please email Rev Dr Steve.

Dr Thompson: an angry Vicar and a Bible

In 1535, the Bible was introduced in the English language for the first time. Whilst most people delighted in having the Bible in their own language, there were some who strongly opposed this modern way of doing things! None more angry than the Vicar of St. Andrew’s, Dr Thomas Thompson… 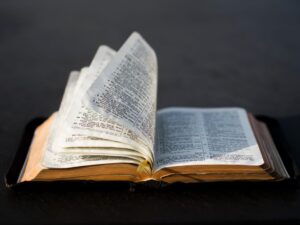 Thompson had been Vicar since 1504, and was in the twilight years of his ministry. By all accounts, he was a bit of a grumpy old man and opposed any new reforms in the Church.

When people in Enfield started using English versions of the Bible, he called it “a new learning” and “a green learning that will fade away.” For Thompson, anyone who used an English Bible was a heretic.

A parishoner called John Hamon was heard by Thompson reading the English Bible aloud – so Thompson called the local constable to stop him. The constable said to Hamon, “This must be left, for I am sent by the honest men of this parish to warn you to leave your reading, for you cause others to hear you; it were better that they prayed on their beads than thus to come about you.”

On Easter Day 1539, Hamon came to St. Andrew’s to worship. Dr Thompson first heard his confession – and then told the parishioners what he had confessed! He told the congregation to avoid Hamon, saying, “I have read all the heretics, yet he passes them all; therefore, leave his company.”

Hamon appealed to Thomas Cromwell for help – but it was a lost cause, since Cromwell was executed by Henry VIII the following year and new laws were passed, forbidding the reading of the Bible by common people…

Leonard Chambers: another grumpy Vicar and a pile of meat 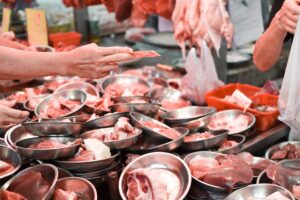 Rev Leonard Chambers became Vicar in 1579 – and wound people up from the start of his ministry here!

In the Market Place, just outside the churchyard, there was a Sunday meat market. Chambers strongly opposed this Sunday trading and, alongside his Curaye Rev Leonard Thickpenny, tried to abolish the meat market. Their first port of call was to engage legal eagles to see what could be done about it. But despite lots of words and legal letters, nothing had changed over the next two years.

Then a Justice of the Peace, Robert Wroth, got involved. He gave fearsome speeches in the market to put off the traders. The churchwardens did the same. Even Archbishop Whitgift and the Bishop of London got involved!

But, it seems that Robert Wroth was being disingenuous. As much as he was opposed to Sunday trading, he seemed to dislike Rev Leonard Chambers more! On 11 December 1884, an attempt was made by the Vicar to close the meat market – but this time, Wroth spoke out in favour of it, and prevailed.

One week later, a butcher from Tottenham turned up with an ox to sell and laid out his slabs of meat on a stall. Wroth stood by and did nothing. Vicar and Curate – Chambers and Thickpenny – were incensed by this. Thickpenny was goaded on by Chambers “in a very outrageous manner, very evil-beseeming a man of the Church and one of his calling, in a madding mood, most ruffian-like.” The Curate rushed out into the Market Place, overturned the butcher’s stall, and threatened to kill the butcher if he picked up the meat to sell it.

378 Enfield households then signed a petition to get the meat market reinstated. They made plain their dislike of Chambers and Thickpenny, and how they wished each Sunday they could stay at home rather than go to church. They wanted the clergy out so that they could get back to worshipping God in peace and quiet – whilst having a convenient meat market to buy from too…

Sit in the right pew, please! 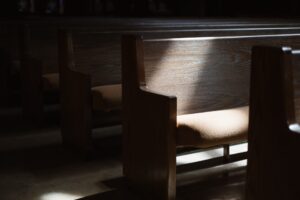 In his book A Parish Near London, David Pym provides some very interesting information about the seating arrangements in the church in the mid-17th-century. It was clearly important to sit in the right place, and not have ideas above one’s station in life!

Next in the seating came the other gentry of Enfield: John Deicrowe, John Banks (the bailiff), Hugh Mascall and Thomas Curtis. Then came the yeomen: Henry Loft, Henry Hunsdon the younger, Elizeus Wiberd, and Henry Hunsdon the elder.

Further back in the church was the seating for those who could afford a 2s per year rent e.g. Thomas Argent, Edward Matthews, Matthew Budden, Jude Hammond, John Tyballs, and William Fall.

As a rule, men sat in the South side of the church and in the gallery. Women sat in the North side, in the chancel and in other ‘out places’.

What funeral can you afford? 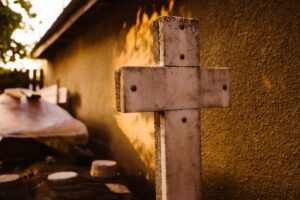 In A Parish Near London, David Pym lists the cost of a funeral in the mid-17th-century.

* Strangers to Enfield were charged double the above rate

A dispute about the organ 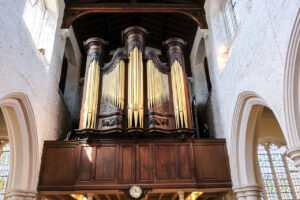 In May 1751, Mrs Mary Nicholls bequeathed the church an astonishing sum of £900 in her will. The money was used to purchase a new organ for use in worship, and thereafter to pay an organist. An organ builder, Mr Thomas Griffin, undertook the building work at a cost of £450.

The first organist put on the payroll, under the authority of the latest Vicar, Rev James Whitehall, was Mr Philip Markham. However, his appointment was not to everypne’s liking and, two months later, an election was held for a new organist. Disgusted by this action, Phineas Patteshall (one of the churchwardens) refused to hand over the keys to the organ. Another warden, Mr Howell, threatened him over these actions and, to the relief of all, Patteshall eventually delivered the key to the Vicar. 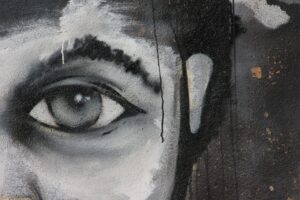 In June 1820, the church was ransacked and robbed after the funeral service of John Vaughan, Earl of Lisburne.The discovery was made by William Cuffley, the Enfield beadle, at 2.00am. The three perpetrators had headed off to Ponders End, where they flagged down a passing wagon and ‘persuaded’ the driver to take them to Shoreditch with their loot.

A Bow Street patrolman, John Mead, was in hot pursuit. He caught up with them near Kingsland where he arrested one of the thieves. Leaving that prisoner with some passers-by, he pursued and arrested a second man. After having appeared at the Old Bailey, that second man was condemned to death for his part in the crime.

(We are grateful for the research of David Pym in A History of Enfield: A Victorian Suburb for this information). 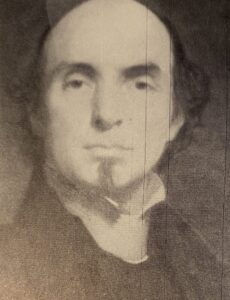 Dr Daniel Cresswell, who died in 1844, was succeeded as Vicar by John Moore Heath (pictured left). A barrister by aspiration, although not vocation, Moore was renowned for his incisive and formidably argumentative nature. In short, he managed to alienate just about everyone in the parish! His profound hearing disability – and his subsequent usage of an ear trumpet – was not the only reason for his inability to listen to the arguments of other people…

Heath wanted to remove and destroy the 35 box pews from St. Andrew’s. His plan was opposed by almost all of the box pew owners, as well as a selection of local magistrates. Nevertheless, Heath was determined to move ahead with his plan and enlisted architect John Piers St Aubyn to design a re-pewed church interior. In order to avoid opposition, he chose to finance the work by public subscription, thus avoiding the need for Vestry Meeting approval. He did not even apply for a Faculty from the Diocese.

When word got out about this plan for pews in the church, opposition grew fast and strong. Heath had very few supporters, but they decided, with Heath, to take matters into their own hands… 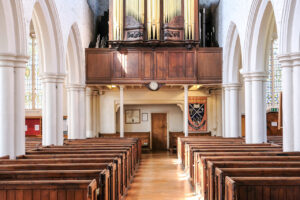 In the early hours of the morning on 12 October 1853, workmen arrived in Ponders End by train from Norwich. They were taken to St. Andrew’s Church and, under cover of darkness, ripped out and destroyed every box pew in the church, bar that owned by James Meyer the magistrate. The wood was piled high in the churchyard (remaining there for many years to come) and the men from Norfolk caught the 6.30am train back home.

A Vestry Meeting was called for 20 October 1853 at which a resolution was put forward, lamenting the behaviour of the Vicar as “contrary to the known and expressed wishes of the majority of the parishioners.” James Meyer demanded the restoration of the pews but, since they had been so completely destroyed, a Committee was set up to investigate and make further recommendations.

So the parishioners could take a vote on how to proceed, a meeting was called in the nearby King’s Head pub. The actions of the Vicar were defeated by 281 votes to 92. Feelings becamee so heated that the Vicar and his Curate had to escape via the window, and flee the mob across the Bowling Green and into the Grammar School.

In November, an effigy was made of John Moore Heath and burned in the Market Place.

A fist-fight in the Vestry 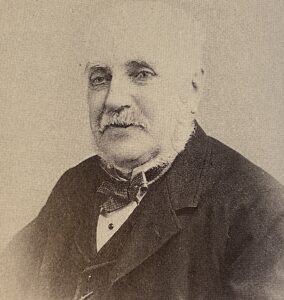 The supporters of Rev John Moore Heath could be counted, quite literally, on the fingers of one hand. One of his supporters was the Churchwarden John Riley Rignall (pictured right).

One Sunday in mid-1859, there was an argument between Rignall and a new churchwarden, Mr. Bosanquet, about who should take charge of the financial offertory from the service. Things soon got out of hand and it escalated into a fist-fight between the two men.

Rignall was arrested and brought before the magistrates at Enfield. Having had their pews destroyed by Rignall and the Vicar a few years previously, the magistrates (Edward Ford and Daniel Harrison) were certainly not predisposed to look kindly on Rignall. A third magistrate, Edward Busk, was brought in from Edmonton in an effort to provide some impartiality.

Rignall wanted to have his case tried in a higher court. Before things moved in that direction, a settlement was reached. From hereon in, the offertory would be looked after by the Vicar. Rev John withdrew from Bosanquet his charge of assault, and Bosanquet withdrew his charge of the same against Rignall.

Rignall was forced to apologise for his violent outburst.